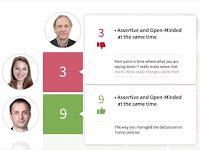 
Summering av hans TED Talk "How to build a company where the best ideas win":


In order to be an effective investor,
one has to bet against the consensus and be right.

In order to be a successful entrepreneur,
one has to bet against the consensus and be right.

What would I do differently in the future
so I wouldn´t make that painful mistake?

What an arrogant jerk!
I was so arrogant, and I was so wrong!

How do I know I´m right?

I wanted to have an idea meritocracy
in which the best ideas would win out.

I realized that we would need radical truthfulness
and radical transparency.

This process allows us to make decisions
not based on democracy,
not based on autocracy,
but based on algorithms
that takes peoples believability
into consideration.

We do this because it elevates ourselves
above our own opinions,
so that we start to see things
through everybody´s eyes,
and we see things collectively.


Klart sevärt.
Ray Dalio i sitt TED Talk om "How to build a company where the best ideas win": 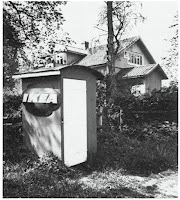 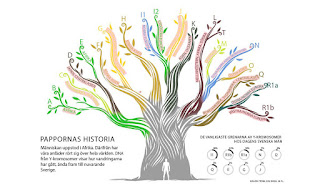 Om du vill förändra världen -
utvärdera personer "by the size of their hearts".